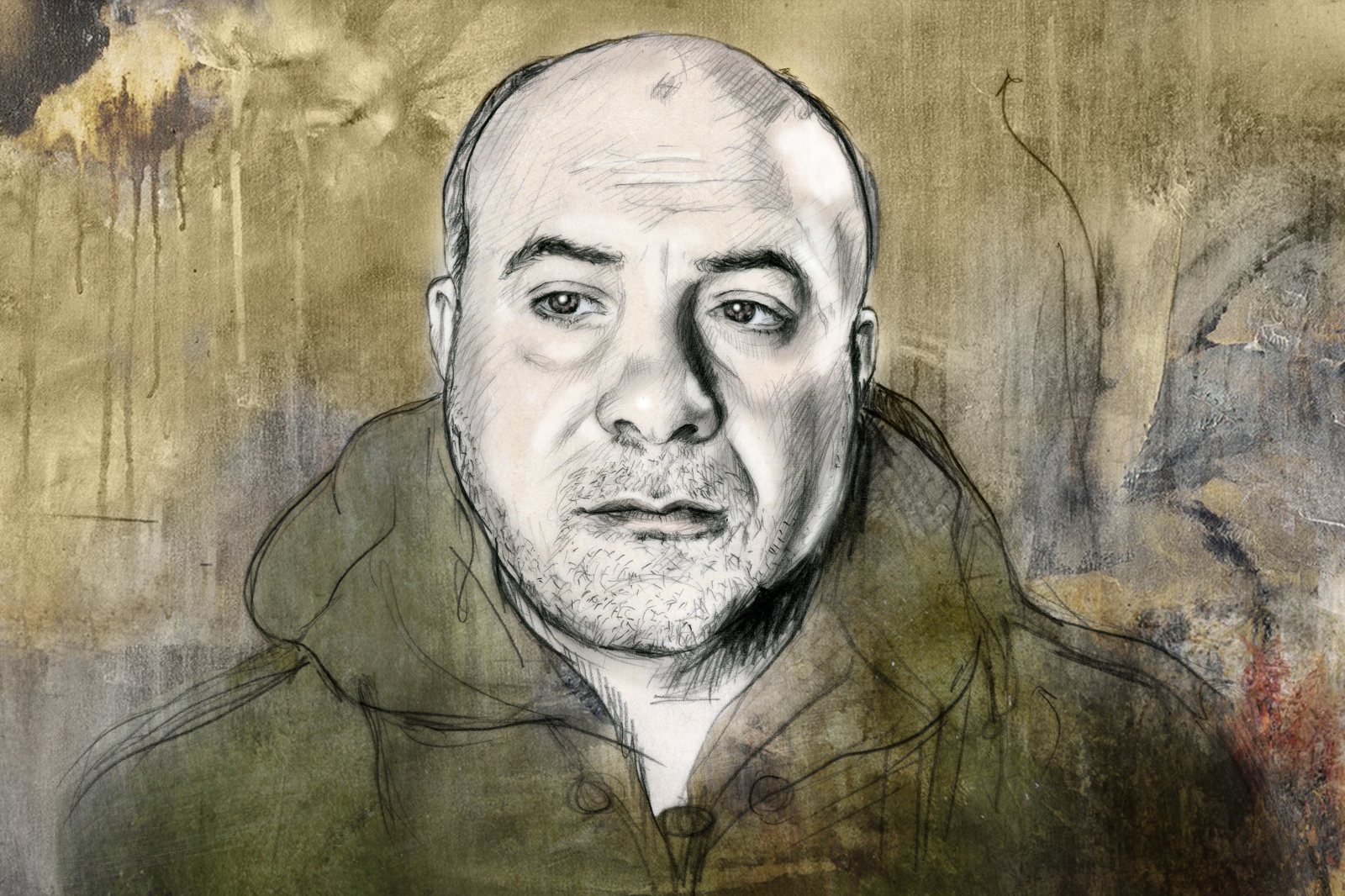 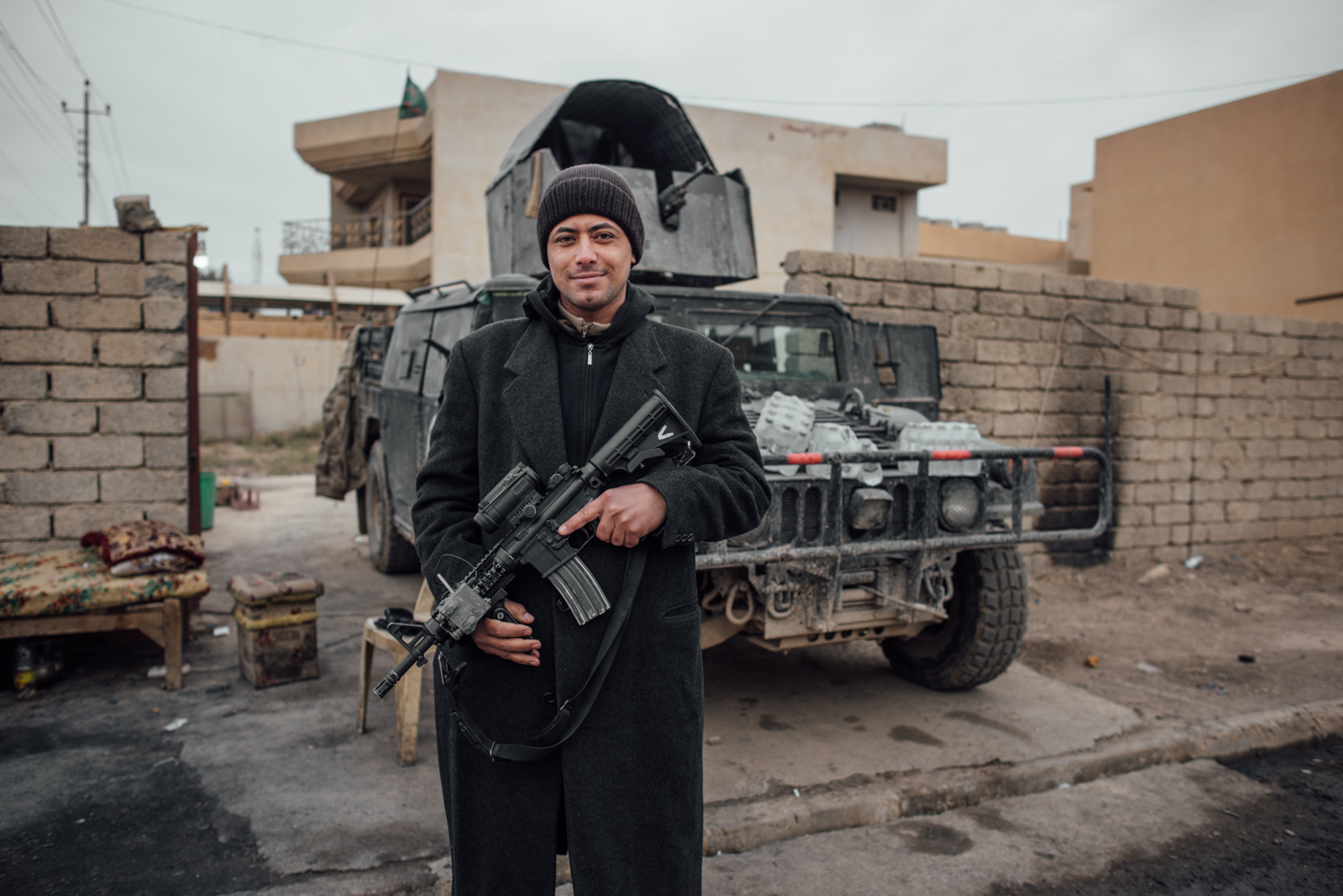 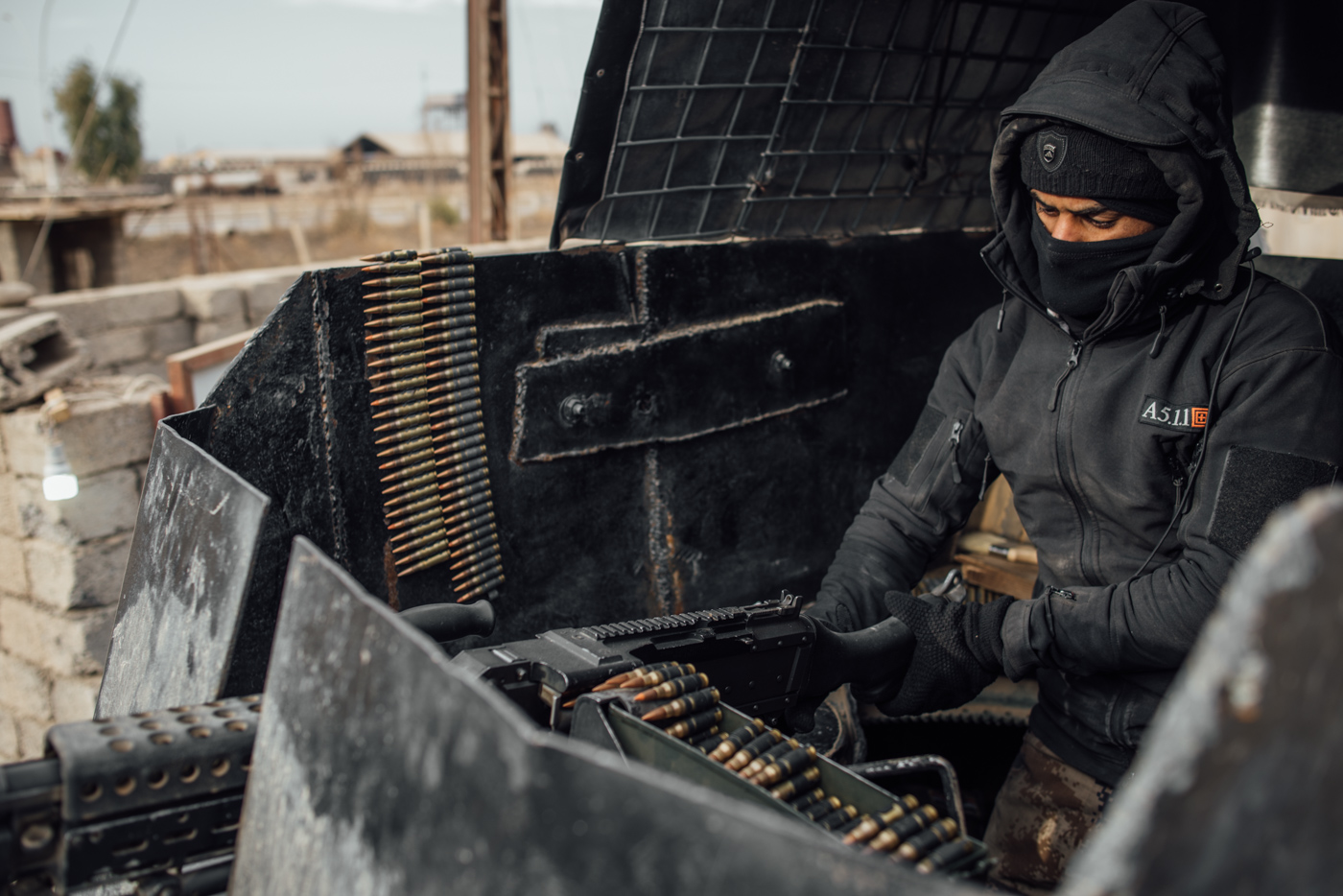 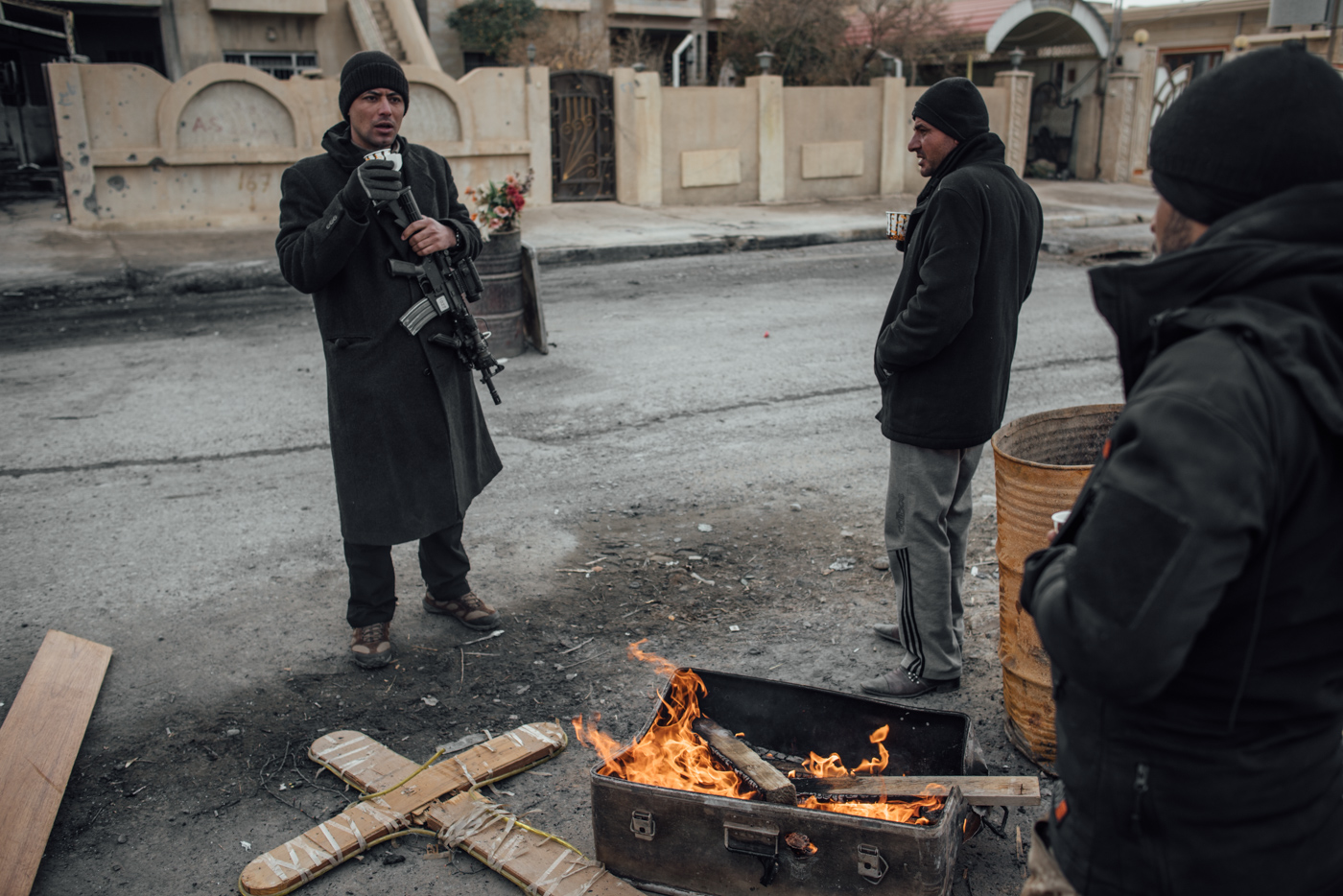 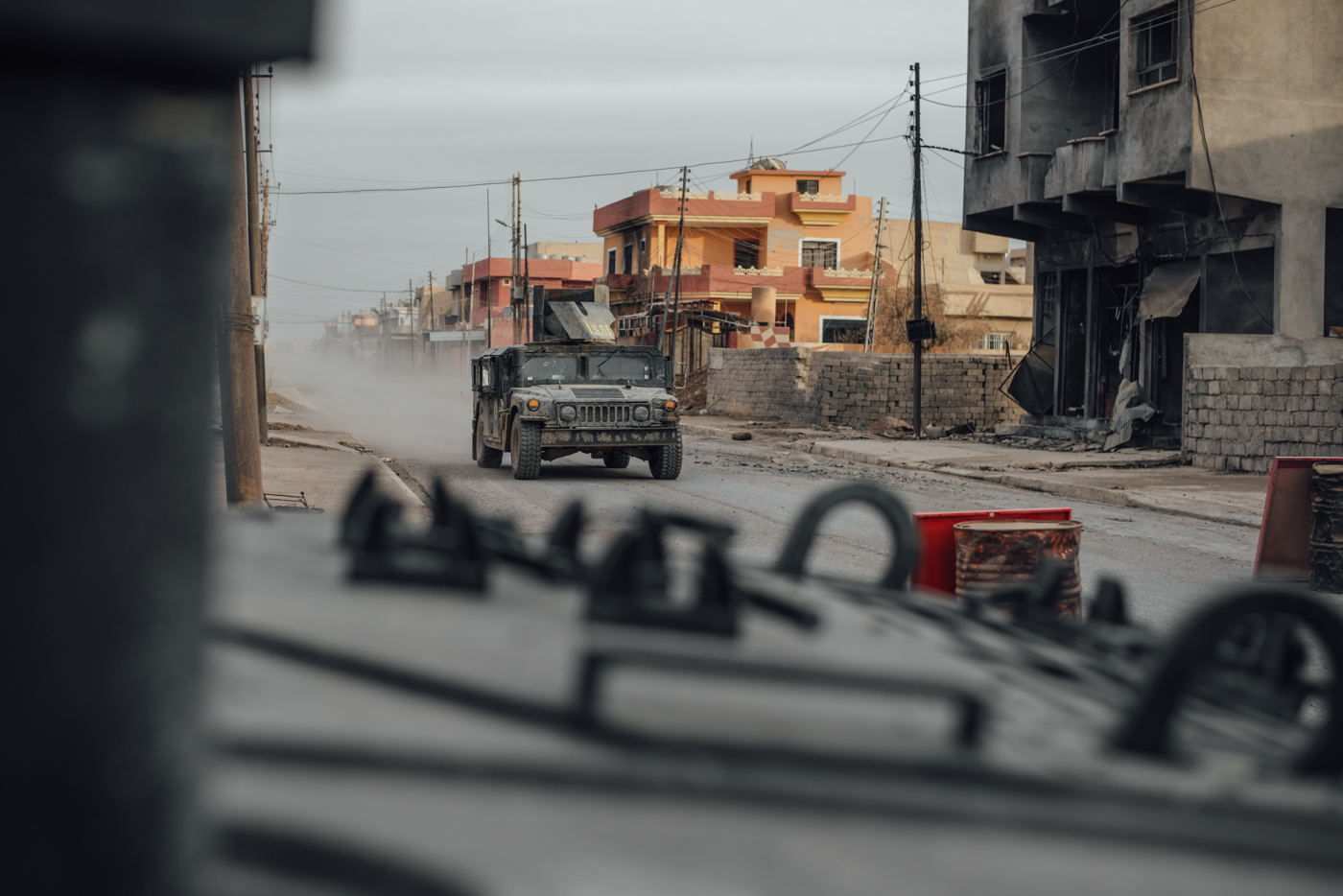 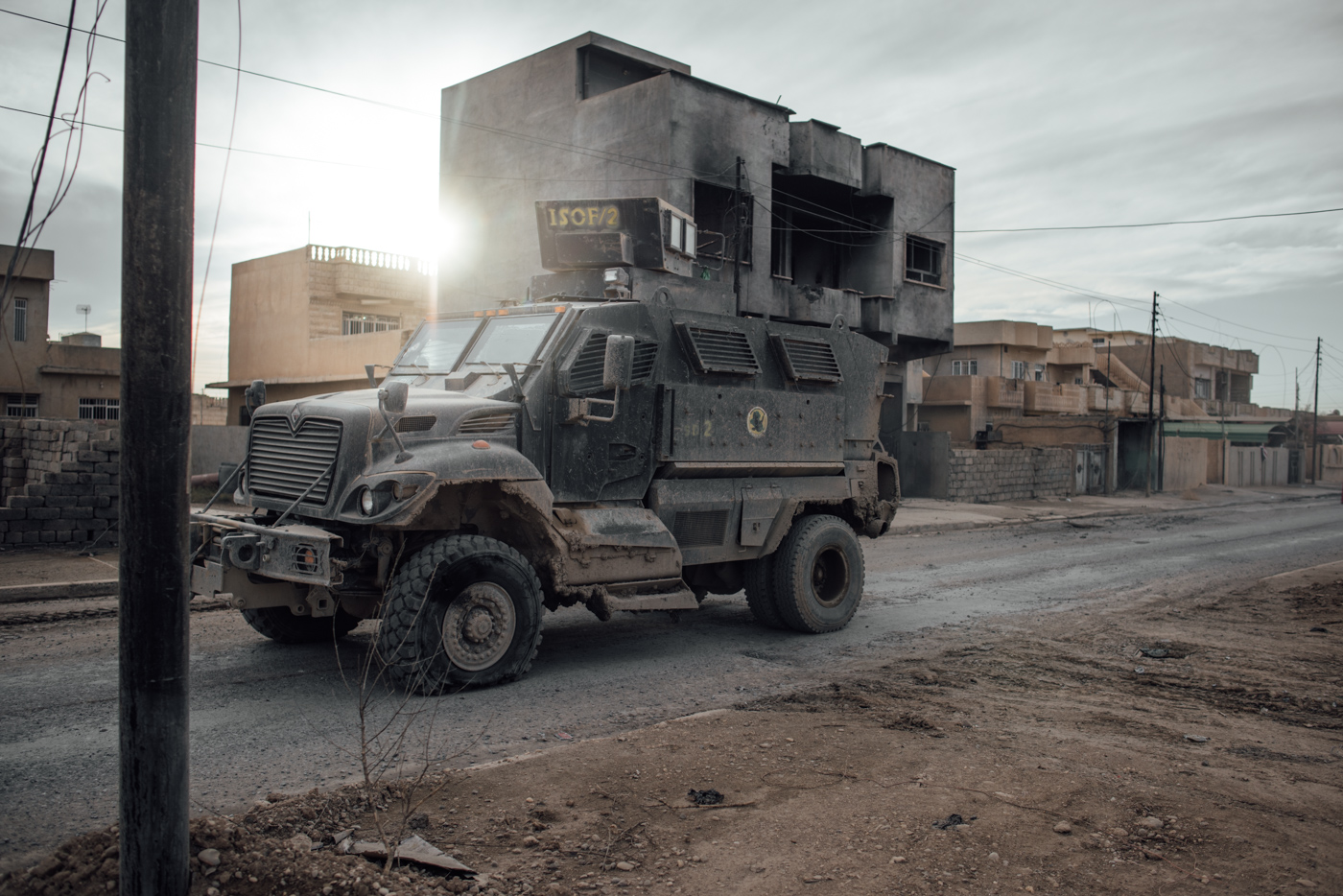 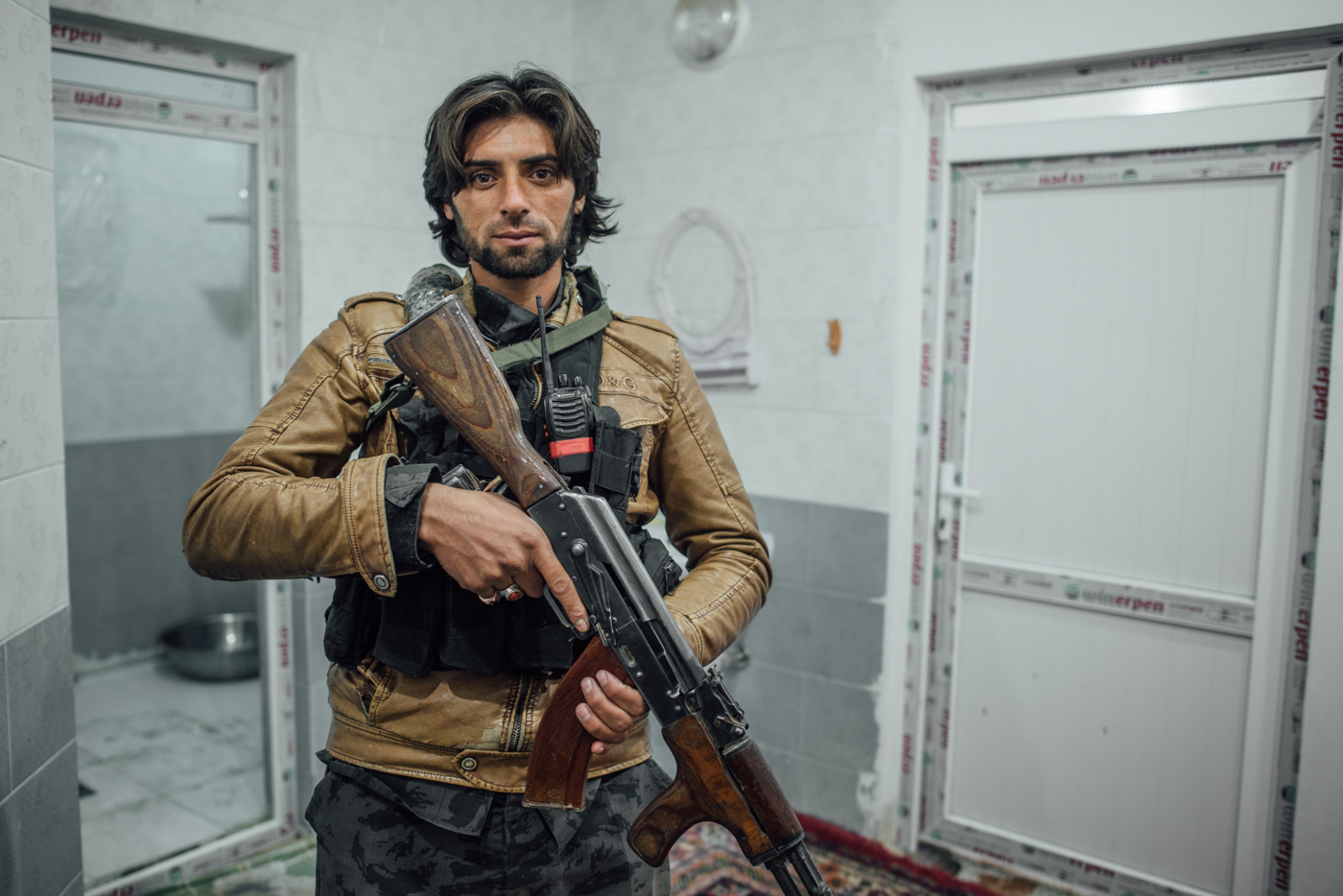 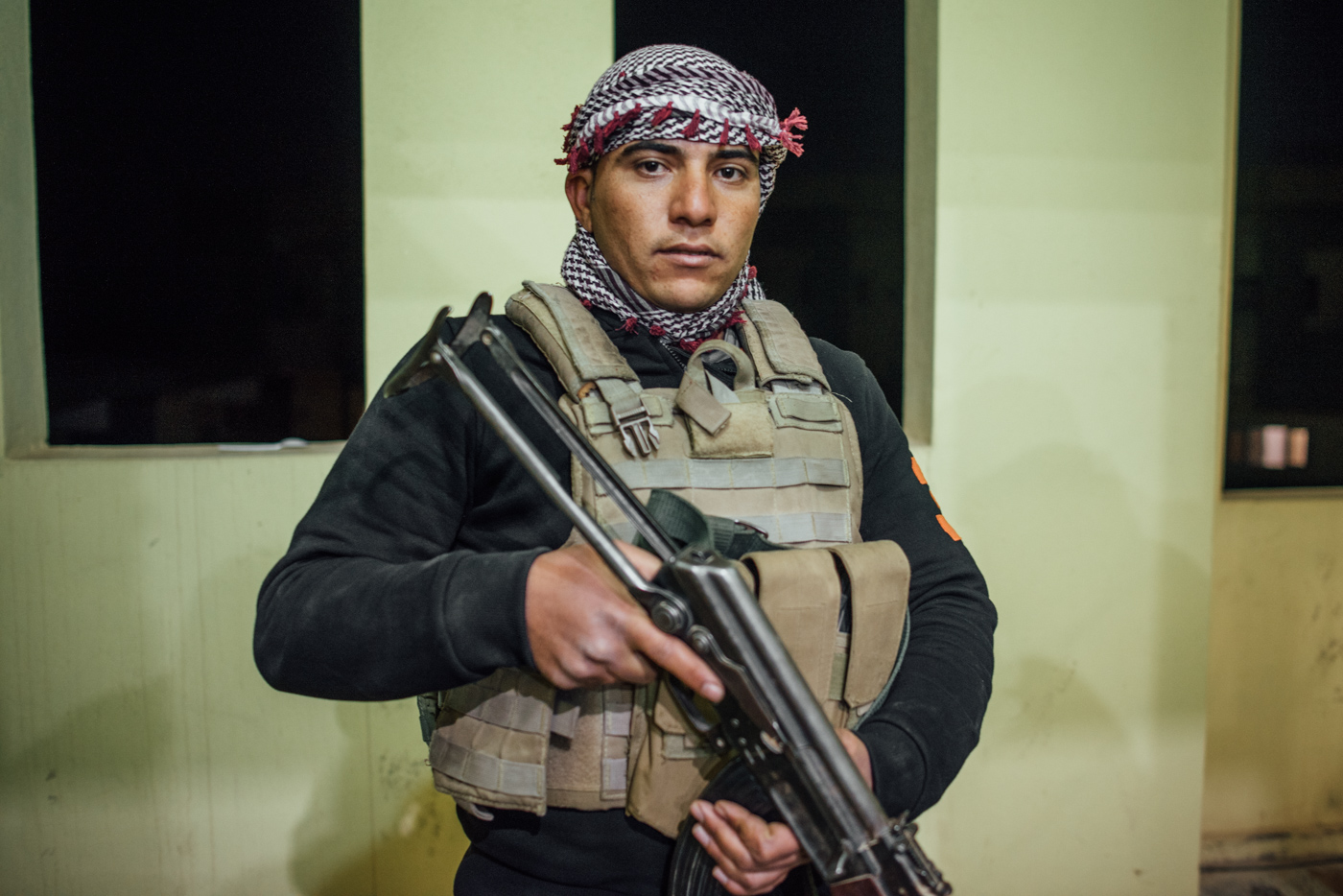 Abu Jaarfar is the commander of a Popular Mobilization Unit (PMU), which have been established in mid-2014 to help in the fight against IS. They are sometimes hard to distinguish from the Iraqi forces.
Human rights organisations have often accused such militias of revenge attacks against Sunnis. Sunni Muslims fear the Iraqi forces and militias, because they are mostly Shia – an everlasting conflict.
We met this unit while waiting for a member of the  Golden Division in Bartella, about 20km east of Mosul.  They set up their basecamp in a former apartment block. Some members of this unit were able to speak proper german or english and told us, that they have a resident permit in Europe. Abu Jaarfar himself was able to speak 5 languages and seemed to be very well educated.

Watch THE INTRODUCTION and THE INTERVIEW
[ Available on March 12, 2017 ]